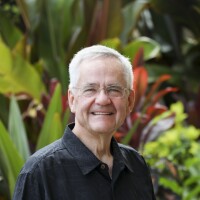 Following graduate school, David worked for Marriott International in Hotels and in Senior Living for 12 years. His experience with Marriott took him to Los Angeles, Missouri, Oregon, California, Utah, and Pennsylvania. After this time with Marriott, he was named CEO of Hotel Temple Square Corporation in Salt Lake City where he worked for another three years managing the Inn at Temple Square, the Lion House, and the restaurant and banquet operations in the Joseph Smith Memorial Building. David joined four partners in 1994 and formed Western States Lodging. Since then, the company has grown to more than 3,000 employees and manages hotels, retirement communities, a conference center, apartments, and other related enterprises in 11 states. He says he has loved the hospitality and health care businesses and looks forward to sharing his experience and perspective with HTM students at BYUH. In the Church, he has served as a bishop, stake president, and mission president. Most recently he has served as an ordinance worker and a sealer in the Bountiful, Utah, and Nauvoo, Illinois temples.