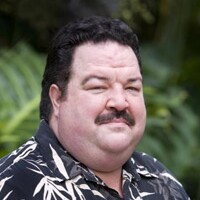 Michael Belnap (Tenor), Professor of Voice at BYU–Hawaii, earned Bachelor of Music and Master of Music degrees from Brigham Young University and studied at the European Opera Center for Vocal Arts in Belgium. He pursued doctoral studies at Indiana University in Bloomington, where he also taught voice, Italian Diction and Opera Workshop for thirteen years. He was a finalist in the International Pavarotti Competition and was invited to Italy for a private study with Mr. Pavarotti. He has performed extensively throughout the United States, Canada, and Europe with over 40 leading tenor roles in opera. As a recitalist, he has been featured as a soloist with symphonies throughout the United States doing oratorio and concert work and was invited to premiere and record several works for tenor by American composers. For the past ten years, Belnap has been teaching voice at BYU‐Hawai’i where he also conducts the Concert Choir and Broadway Cabaret.

Belnap received the prestigious Alumni Award for Excellence in the Performing Arts from BYU‐Idaho (Ricks College) and in 2007 he received the BYU–Hawaii Teacher of the Year award. He was featured as a guest soloist with the Concert Choir on their tour to Japan and Korea. Under Belnap’s direction, the Concert Choir was honored to be invited to perform Mozart’s Requiem at Carnegie Hall in New York City and completed successful tours to Northern China, Mongolia, Taiwan, and Hong Kong. Although unable to actually attend, the Concert Choir was invited to participate in the Olympic Games in Beijing. Michael lives in Laie with his wife Lila and their three children, Becky, Katie and Jacob.