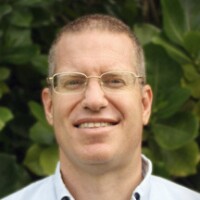 Jim Tueller has been a member of the faculty at BYU-Hawai'i since August 1997. Before moving to La‘ie, he received his Ph.D. in history at Columbia University in New York City. He has taught at Bronx Community College of the City University of New York and BYU in Provo, Utah. Jim was born in Morocco where his father worked as Vice-Consul in the Tangier Consulate of the United States of America. With his father’s assignments, he has also lived in Caracas, Venezuela, Panama City, Panama, Manila, Philippines and Madrid, Spain. His first book, Good and Faithful Christians: Moriscos and Catholicism in Early Modern Spain, was published by the University Press of the South in 2002. It examines the Morisco expulsion from Spain in 1609 and how the descendants of forcibly baptized Christians adapted to a century’s worth of Catholicism. He currently researches and writes on the Spanish Empire in the Pacific Ocean, focusing on conversion to Christianity among the 18th-Century Chamorros of Guam. He and his wife, Beth, are the parents of five children, all seven who love reading and learning about the world.