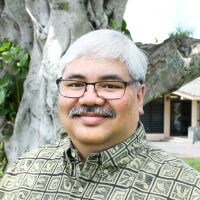 John K. Tsukayama was born and raised on Oahu. He spent a career as a private investigator specializing in conducting private criminal and civil investigations for legal, corporate, and government clients in Hawaii. He was a consultant in high-stakes potential violence cases to corporations, law firms, and government. From 1984 to 2006, John and his business partners grew their company of twenty employees to more than five hundred dedicated security officers, investigators, security consultants, and administrative staffers. In 2006 they sold the company to the world’s largest security company. John resumed his university studies in 2007 and graduated in 2008 from BYU Hawaii with a BA in Interdisciplinary Studies (Political Science/History). Thereafter, he traveled to St. Andrews, Scotland, where he received his MLitt degree in Terrorism Studies from the Centre for the Study of Terrorism and Political Violence at the University of St. Andrews in 2009. In 2014 he received his PhD from the University of St Andrews School of International relations. John’s primary academic research areas have concentrated on political violence and state responses. He has researched coups d’état in late 19th Century Hawaii, torture and murder by South African National Police during the apartheid era, and the use of extra-judicial killings and torture by American forces in the post-9/11 Global War on Terror. John has been married to his high-school sweetheart (Denise) since 1982 and they have three adult children and one doted upon grand-child.