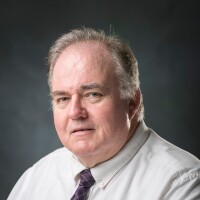 Keith S. Peterson is an Associate Professor of English. Besides general education courses in composition and literature, he also teaches Shakespeare and other courses in British Literature. Peterson completed both his undergraduate work in English literature and his Master's degree in English Literature and Rhetorical Theory at Brigham Young University in Provo, Utah. He earned his doctorate at Texas Christian University, emphasizing Seventeenth- and Eighteenth-Century British literature and rhetorical and composition theory. His expertise employs textual analysis to study writing competencies and to interpret literature and its cultural influence. He has published articles in various journals, including Rhetoric Review, Teaching English in the Two-Year College, and the Virginia English Bulletin.