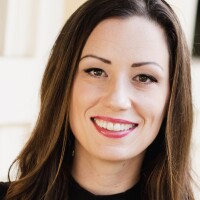 
Dr. Melissa Walker Glenn, mezzo-soprano, is a proud alumna of Brigham Young University–Hawaii. She also holds a master’s degree in vocal performance and literature from the prestigious Eastman School of Music and a doctoral degree in voice performance from Arizona State University.

Melissa runs a successful studio of classical, musical theatre, and pop singers at BYU–Hawai’i, where she also directs the Broadway Revue ensemble and musical directs the Opera and Musical Theatre Workshop.

Dr. Glenn is passionate about utilizing the arts as a vehicle for social change. One of her proudest achievements is funding, organizing, creating, and performing a song cycle based on the words and lives of childhood sex-trafficked survivors in India. Dr. Glenn and Dr. John Bell are the writers of the musical Gingerbread. Gingerbread, loosely based on the fairytale Hansel and Gretel, explores how poverty renders children vulnerable to trafficking and how we can help.