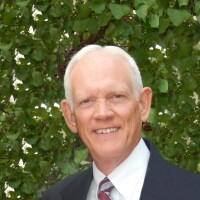 Elder Richard Christensen was born in Logan, Utah. He served a mission to the Netherlands from 1967 –1970. When he returned, he attended Utah State University. It was there he met his sweetheart Dayna Carter. They were married in 1971. They are the parents of six children and 12 grandchildren. Richard was a Seminary and Institute teacher and curriculum writer for 37 years until his retirement in 2011. Since then they have served missions in Bulgaria and at the Kirtland, Ohio Historic Sites.