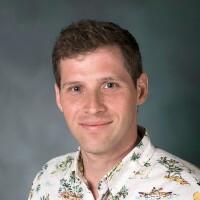 The processes that drive the origins of biodiversity have always fascinated me. In particular, I am interested in understanding how local adaptation and reproductive isolation evolves as speciation proceeds from start to finish. Using fish from Central America as a model system, I follow an integrative approach to understand how divergent natural selection drives repeated patterns of divergence in behavior, morphology, and performance, and how this in turn results in reproductive isolation. These species show a remarkable repeated pattern of divergence, due to divergent predation regimes, at different points along the speciation continuum (i.e., from recently diverged populations to 'good' species).

In Hawaii, I plan on pursuing similar avenues of research, using fish that have been introduced to the islands and have become invasive. In a way, these introduced species provide an excellent ‘natural experiment’ to study how species change in response to new environments. One fascinating new environment that these fish are found in is anchialine pools. Anchialine pools are quasi-marine habitats that are common in Hawaii, but found in few other locations around the world. These pools occur where a depression in the earth is filled with water from two sources – fresh ground water from the mountains, and salt water that flows in via underground connections with the ocean. These pools are unique ecosystems that are home to many species that are only found in Hawaii, yet they are threatened by introduced non-native fish. I plan on studying these fish to gain a better understanding of how they impact these unique ecosystems, and to understand how species evolve in response to novel environments.

Causes and consequences of animal personalities

Recent work has demonstrated that consistent individual differences in behavior (i.e., animal personality) can impact a wide range of ecological and evolutionary processes, such as dispersal and invasion dynamics, information and disease transmission, and sexual selection. I have several projects evaluating the role of animal personality in ecology and evolution. Here in Hawaii, I am interested in looking at how these personalities influence the abundance and success of non-native species that have been introduced to the Islands, and to understand their role in several processes in native marine fish.


Ingley, S.J., and J.B. Johnson. (2016) Selection is stronger in early-versus-late stages of divergence in a Neotropical live-bearing fish. Biology Letters 12 (3).