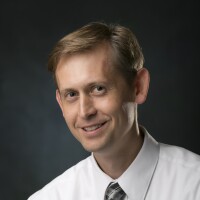 Ares of Professional Study and Interest

Professional: Tom earned a BA in East Asian Studies with a minor in Japanese (2003) and a M.Ed. TESL (2010) from the University of Calgary, Canada. He also earned a multiple subject teaching credential from San Diego State University in 2009. He taught English in Japan for 4 years for the JET Programme and Washington Institute of Languages in Kumamoto Prefecture. Before joining the ELT department, he taught at INTO Oregon State University for four and a half years, taught online for the BYU-Idaho Pathway program for 3 years and contributed to online curriculum as a visiting faculty member from BYU-Idaho for one year. His particular interests include learner motivation, elementary school education and curriculum design.

Personal: Tom’s first ESL experience was while serving as a missionary from 1996-98, but he was first encouraged to pursue ESL as a profession by his mother who taught English to immigrants and refugees in Canada. What he cherishes most about teaching are the lasting friendships with his brothers and sisters from around the world and the inspiration he draws from the examples of his amazing students. Tom’s greatest inspiration is his wife, whom he met while teaching English in Japan and whom he says is “the greatest teacher I have ever known.” He also learns a lot from his son whom he says is an amazing example of bravery and perseverance. There are many reasons why Tom feels grateful to work with the students at BYU-Hawaii, but he is especially grateful for the spirit of truth, freedom and aloha that is nurtured on this campus.