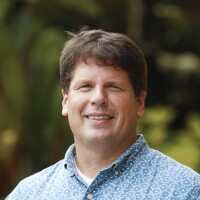 Dr. Charles Bradshaw graduated with bachelor's and master’s degrees in English from BYU in Provo and went on to study American literature at the University of Missouri, where he received his doctorate in 2002. Most of his research interests have led him to look at how political rhetoric helped develop the early American novel. From these interests, he has published essays about American Indian captivity narratives, ecocriticism and transcendentalism, and early American conspiracy theories. More recently, his scholarship has turned towards the American frontier and its influence on American writers. His latest project is an edited version of Mark Twain’s last complete novella, an animal rights book set in the American West, called “A Horse’s Tale” (U of Nebraska Press, 2020). At BYU-Hawaii, he teaches various classes in American literature, first-year composition, and advanced composition.

Before coming to BYUH, Dr. Bradshaw taught at the University of Tennessee at Martin for 17 years, often taking student groups on travel/study trips to New England and to Europe. He and his wife, Jennifer, raised their three children in Tennessee, but now, one is married, and the two others are attending BYUH. Moving to Hawaii has been a big change for everyone, he said, but his family can’t imagine living anywhere else. Along with the wonderful people, the beautiful Laie Hawaii Temple, and the gorgeous Oahu mountains, Dr. Bradshaw said he enjoys running on the North Shore, body surfing, eating spicy poke, hiking with his family, and playing Celtic music with his wife and daughter.