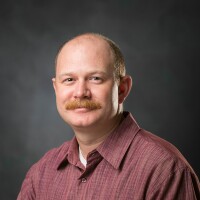 Joe Plicka completed a double B.A. in English and Latin American Studies at Brigham Young University in Provo, Utah (2002), where he also received a M.A. in English (2006). He earned his doctorate in English Language and Literature at Ohio University in Athens, Ohio (2011) and continued to teach literature and creative writing there for another a year as a Visiting Assistant Professor. His dissertation was a collection of short fiction (Stories for the Mongrel Heart) and an essay analyzing the inner workings of storytelling and arguing for the unique and powerful place that fictional discourse holds in any culture.

While at Ohio University, Joe also spent two years as the editor of Quarter After Eight, a national literary journal, and as an organizer of Ohio University’s long-running Spring Literary Festival. He has taught introductory literature and composition classes, beginning and advanced creative writing workshops, and courses on the form and theory of fiction. He has published short stories, poems, and is at work on a couple of novels. In his other lives, he worked as a journalist, P.E. teacher, care provider at a group home, maintenance man in the dorms at UC Davis, brick cutter, pipe painter, and paperboy.

Joe married Emily Austin in 2001. Emily also teaches in the BYU Hawaii English Department as a Special Instructor. They have two children.