Sister Kathryn Larsen Rasmussen was born in Provo, Utah, to Milton and Lois Larsen. She says her parents taught her to have faith in God, to appreciate the beauties of the world, to love and serve others, and to work hard. She attended school in Provo, including Provo High School and BYU. It was at a Young Single Adult activity that she met a recently returned missionary. Kathy married Garth Lloyd Rasmussen in the Provo Temple. Kathy graduated from BYU with a degree in Elementary Education. She and Garth are the parents of seven children and currently have 26 grandchildren. They have lived in Springville, Utah; Fresno, California; Henderson, Nevada; and San Jose, California; while Garth was teaching with the Seminary and Institute program. They have recently moved back to Provo with Garth’s retirement. Kathy has served as a Primary teacher, YW leader, RS President, Seminary teacher, Temple Ordinance Worker, and part-time Church Service Missionary working with Young Single Adults.

More From This Author
data-content-type="article" 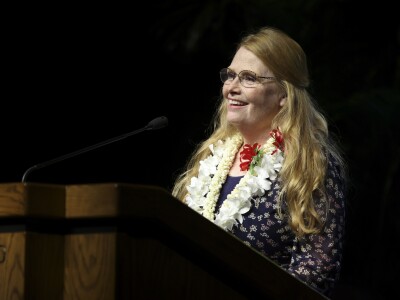