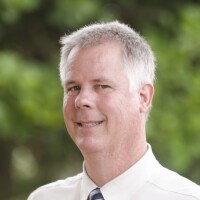 Like Nephi, Brother Christensen was born of goodly parents in the great state of Utah. He spent part of his early youth in Tonga, where his father was mission president. As he grew in the gospel, Brother Christensen had a desire to serve a mission. He served in the Russian Program of the Oregon Portland mission. After his mission, he spent a semester studying at BYU Jerusalem. Upon his return, he majored in Russian and minored in Hebrew at the University of Utah. He also graduated from the LDS Institute of Religion, where he took several biblical Hebrew classes. Through divine providence, Brother Christensen ended up at BYU-Hawaii in 1988; first as a student and then as a teacher. It was here he met his wife, married in the temple, got a job, earned a few more academic degrees, and raised his family of six children. Brother Christensen currently teaches in the EIL program, the TESOL program, and a sheltered Religion class for EIL students. He truly sees the Lord’s hand in his life..

Adored by his present students, revered by his former students, Dr. J. Perry Christensen has been bringing excitement and enthusiasm to the classrooms of BYUH since 1989. During this time, he has taught nearly every EIL course offered and coordinated intensive ESL programs in both Tonga and Samoa.

Dr. Christensen's educational background is as diverse as his teaching ability. He earned a minor in Modern Hebrew and a B.A. in Russian from the University of Utah ('89). He continued his educational pursuits graduating with distinction from Hawaii Pacific University's M.B.A. program ('94). He reached the pinnacle of formalized education by earning an Ed.D. through California Coast University (2001). His dissertation is entitled "A Computer-aided Analysis of Holistically Scored ESL Writing Placement Exams."

Dr. Christensen's interests include the fundamentals of ESL pedagogy as well as computer-aided instruction and learning. However, his greatest work related interest lies in conducting a lively class filled with inquisitive minds.

While not in the office or classroom, Dr. Christensen can be found enjoying a day at the beach with his wife and 6 children, working in his garden, practicing his guitar or bass, and riding his bike. When not engaged in a myriad of leisure activities, Dr. Christensen pats himself on the back for being an Eagle Scout, a permanent member of The National Slavic Honor Society, and an Extra Class ham radio operator (WH7D). 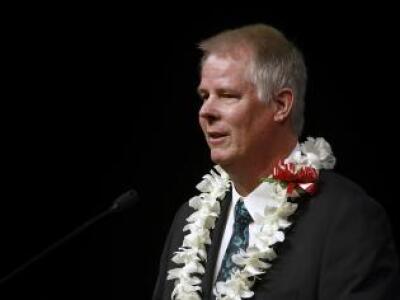